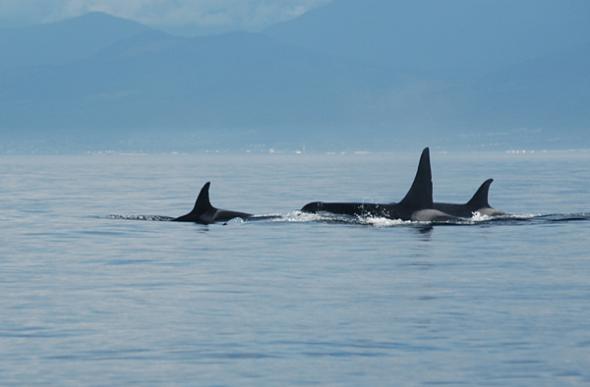 The Woeful Whale: Life and Times of Tillikum 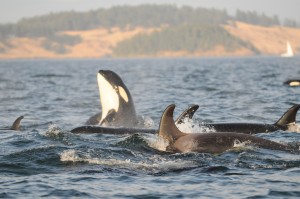 It was cold, as only Iceland could be in mid-winter. But it did not matter. He was warm, healthy, and well insulated. In fact, the cold rushing past his face was exhilarating. Suddenly, his mother called. The world seemed to contract and he was surrounded by deafening screams, mothers calling for their babies, babies wailing for their mothers. He was never to see his own again. Over the next years, he lived behind walls in an area barely large enough for him to turn around. From morning to night, he was forced to labor, rewarded with food when his captors found him compliant. In addition, he was forced to lie on his back and ejaculate on cue at the sight of a plastic bag while two men held his penis to collect semen. Days turned to years. He was now 30 years old, a prisoner since the age of two.

Few facts are published, but given what is known about orca natural history and capture, the preceding passage is not an unlikely scenario describing the life of Tilikum. He is the 12,300 pound male whale who has become sensational news since killing a trainer at the SeaWorld marine entertainment park. Videos of orca captures reveal the terror and agony of what these beautiful, sensitive individuals endure. Although in the language of orca, their screams reach the ears of any species. If people want to see whales, why can’t they just go on trips like dana point whale watching instead of watching whales in unnatural, dangerous habitat like SeaWorld.

Questions abound about why Tilikum attacked his experienced trainer of 16 years and what has made him a “dangerous killer”. Tilikum is reported to have had restricted contact with humans because of past involvement in two other human killings. Are we surprised? Let’s see what kind of answers might emerge when we view Tilikum’s psyche through the lens of psychology and neuroscience.

Orca culture is matrilineal and unlike elephants, male orcas stay with their mother and pod for life. Orcas have brains four times as large as humans. According to neuroscientist Dr. Lori Marino, Emory University, who recently spoke about dolphins at an AAAS symposium, the neuroanatomy, complex language, and social behaviour of our marine counterparts makes them comparably vulnerable to psychological trauma.

After suffering a violent and premature separation from his mother, Tilikum has lived his entire life in artificial tanks, had limited interactions with other orcas, been transferred between various unnatural facilities, subjected to regular “training”, and lived under the highly restricted and controlled conditions of an aquarium. Under the constant eye of trainers and excited spectators and pelted by blaring music, Tilikum lives in a veritable fish bowl. It also appears that his magnificent physique (he is the largest orca in captivity) and his unpopular habits have reduced his role to sperm production.

Decreased access to wild populations has compelled captive industries to find an alternative source to replenish their stock and compensate for the devastating mortality rates that captive life brings. Similar to elephants in captivity, orcas are subjected to intensive breeding programs. Tilikum has fathered thirteen orcas and has been “in training” for artificial insemination since 1999.

It is not certain if the male orca in the twenty-six second video taken at SeaWorld showing semen collection is Tilikum. But in any case, it illustrates the grotesquery to which Tilikum is subjected. Next to the orca semen collection clip, another video shows a bull elephant being masturbated by humans for the same purpose.

Given this information, the equation is simple. If Tilikum’s case had passed the desk of a psychiatrist of other mental heath specialist, it would reveal that he conforms to a diagnosis of Post-Traumatic Stress Disorder (PTSD), or more specifically, complex PTSD. Tilikum suffered shock and relational trauma from the capture, disrupted development, and chronic stress under constant threat during imprisonment for over three decades.

Notably, like other so-called predators on land or water, free-swimming orcas are renown for their beneficence to humans, not for their attacks. Howard Garrett, co-founder of Orcanetwork, is dedicated to instilling goodwill for Pacific Northwest orcas and leads in the campaign to re-patriate Lolita, a female orca also suffering in captivity, to her native waters. Despite the unrelenting stress of her life in a Miami aquarium, Lolita

sometimes shows the stress by refusal to cooperate or exhibits a hostile gesture but still maintains the rule against harming humans. We have pointed out that there are rules in each orca culture about what to eat, whom to mate with and how to maintain family bonds, and another rule seems to be to avoid harming humans. We humans should appreciate that, and return the favor by not harming them.

Legendary marine explorer Jacques Cousteau once said: “There is about as much educational benefit to be gained in studying dolphins in captivity as there would be studying mankind by only observing prisoners held in solitary”. Cousteau undermines any attempt to justify the barbaric practice of whale and other wildlife captivity thinly veiled as edification, or even conservation. However, his statement begs several questions: What manner of mind and psyche is it that enjoys, profits, and tolerates inhuman solitary confinement? Who are we that would condemn another to a life of terror, denigration, abuse, and profound suffering with no reason other than we can and desire to do so? Who are we indeed?