Sacred Bones inspires deep personal and cultural change toward a nature-based consciousness – ways of living that cultivate unity and peace with nature.

Sacred Bones is a commitment to stand with the animals, to protect their lives and homes, and restore their societies and those of tribal humans through ethical living with Earth.

In partnership with tribal communities and conservation groups around the world, we are creating Monuments for endangered species.

Wildlife Monuments are testimonies of dignity and compassion that celebrate tribal and wildlife societies who have lived side-by-side for thousands of years. Designed by tribal artists, the Monuments serve as a pivot for education and advocacy among local and international communities to inspire conservation and cultural revitalization.

As part of a worldwide effort to save Sea Turtles, our long-term goal is to create Monuments for all seven endangered sea turtle species. The seven monuments will crystallize artistic, cultural, and scientific communication and exchange among sea turtle peoples, tribal cultures with deep traditional knowledge of living sustainably in ocean ecosystems. 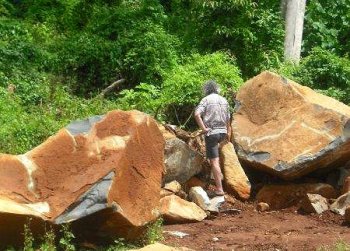 With our Cook Island partners, we are creating the Cook Islands Honu Monument, a steel and stone sculpture to promote the protection and restoration of the magnificent Honu (Green Sea Turtle, Chelonia mydas). The creation of the monument in 2015 coincided with the Cook Islands’ 50th Anniversary Independence Day celebrations. Thousands of people from all the islands gathered in Raratonga to participate in the arts, sports, singing, dancing, drumming, and other cultural activities. 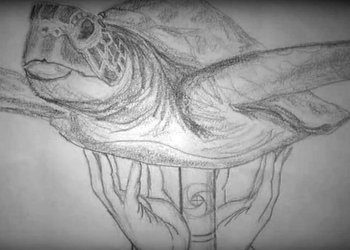 This monument celebrates Loggerhead Sea Turtles and The Five Civilized Tribes (Creek, Choctaw, Cherokee, Chickasaw, Seminole). Designed by Cherokee artist MaryBeth Timothy, Kerulos artist-in-residence, the bronze sculpture will be located in a culturally-appropriate location in the U.S. Southeast. The monument’s name is the word for Loggerhead Sea Turtle in the language of the Koasati (Coushatta) tribe. MaryBeth describes the sculpture and its meaning in this video. 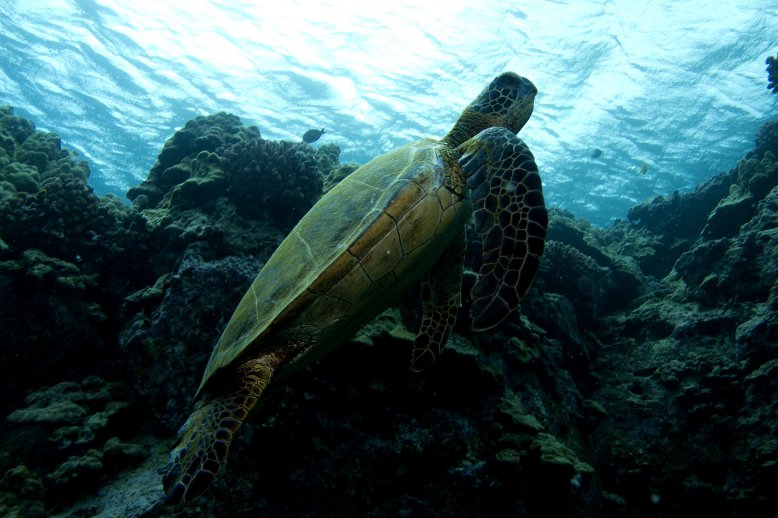 Sea turtles (honu) are long-lived, migratory marine reptiles exhibiting delayed maturity and iteroparous reproduction (i.e. sequential nests). They are aquatic animals that spend >99% of their lives at sea, surfacing only to breathe, and tied to land for egg-laying. Their navigational skills are remarkable, using geomagnetic cues, and there is good evidence to show that females return to the beach where they were born to lay their own eggs; it may take 40-50 years for a turtle to reach maturity (i.e. first reproduction).

In the Cook Islands

Green turtles are found on Rarotonga’s reefs, but nesting probably no longer occurs. All of the coastal zone is inhabited, much of the coastal ring-road is near the sea traffic – lighting and human presence all act as deterrents for emerging females.

Hotels have been built on most of the sandy beaches; tourism is the nation’s main source of income, so this is unlikely to change. Hawksbill turtles (Eretmochelys imbricata) are seen occasionally on local coral reefs, but these are mostly smaller juveniles. Nesting by hawksbills has not been found anywhere in the Cook Islands; perhaps true for two decades or more. This species is critically-endangered, but nesting may occur in the future, contingent upon the Cook Islands protecting suitable beaches on the remote atolls. 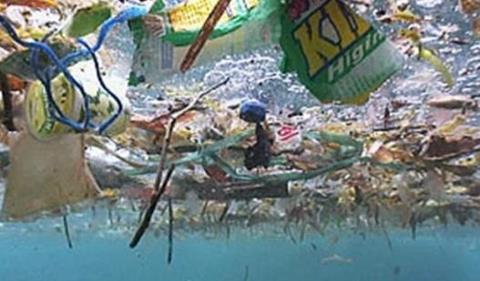 Islanders and Sea Turtles have lived together for hundreds of years. Even before the 13th century, when New Zealand Aotearoa inhabitants first sailed from Rarotonga using ocean-going vaka, Pacific People and Sea Turtles shared the same waters, shores, and stars. Now, however, that peace is gone and honu is under siege and facing extinction.

Many of the factors that undermine sea turtles well-being are not obvious to the casual eye. Plastic and garbage that fill our ocean waters choke the bodies of sea turtles when ingested. Unlike most other countries, the Cook Islanders take great pride in keeping the islands clean; weekly, if not daily, clean-ups take place. Unfortunately, as an oceanic nation, Cook Islanders are continually impacted by marine debris: most of this (>99%) is plastic waste that arrives from the industrialized world far away.

Industrialized fishing is permitted throughout the Cook Islands EEZ (2 million km2). License fees are the nation’s second largest source of revenue. Sea turtle bycatch (i.e. capture non-target species) is known to have an impact globally, but may be infrequent in these waters. Entangled in fishing lines that lace oceanic migration paths, nesting beaches, sea turtles die invisibly by the thousands.

Most sea turtle nesting nationally occurs on the sparsely-inhabited northern atolls. These are low-lying coralline islands that are at risk of being submerged from rising sea levels associated with global climate change. 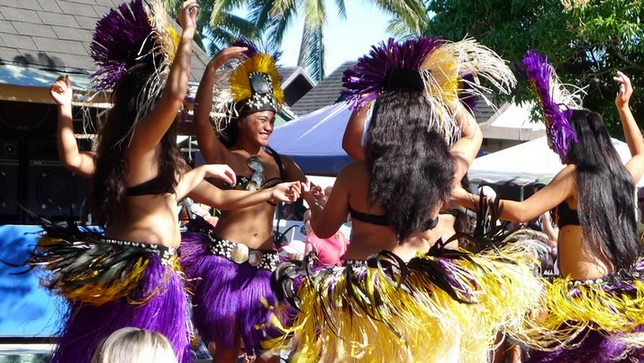 In several cultures the world is seen as being on the back of a honu: the World Turtle or Turtle Island. Artwork such as paintings, carvings, jewelry and handicrafts showing turtles are found on the island of Rarotonga. The Cook Island turtle tatau (tattoo) is perceived as a symbol of the ariki, the chiefly class and can be seen in two early paintings of ariki Te Pou and ariki Makea. Both have symbols of the honu tatau on their knees. This practice is continued today as a symbol of ethnic pride.

From its small beginnings ten years ago, the Vaka Eiva (Canoe Festival) now hosts more than 1000 paddlers. The creation of the Cook Islands Honu Monument in 2015 coincides with the tenth anniversary of the Vaka Eiva. Outside the paddlers themselves, there are many family, friends, and others who will participate in other cultural celebrations including traditional vaka (canoe) carving, tatau artistry, dancing, and art by the Lagoon’s popular Paddle exhibition hosted by The Art Studio gallery. Much admired for their navigation prowess, honu are included in diverse aspects of Island culture.