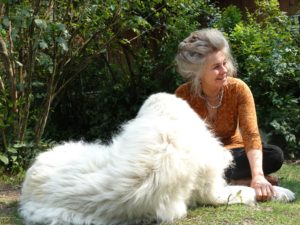 Gay holds doctorate degrees in ecology and psychology, and has published, taught, and lectured widely in these fields both in the U.S. and internationally. She is the author of Pulitzer Prize-nominated Elephants on the Edge: What Animals Teach Us about Humanity, and Carnivore Minds: Who These Fearsome Beings Really Are, both published by Yale University Press. Dr. Bradshaw’s work focuses on trans-species psychology, the theory and methods for the study and care of Animal psychological well-being and multi-species cultures. Her research expertise includes the effects of violence on and trauma recovery for Elephants, Grizzly Bears, Chimpanzees, Parrots, and other species both free-living and in captivity.

Learn more about Gay’s research and publications at gabradshaw.com. 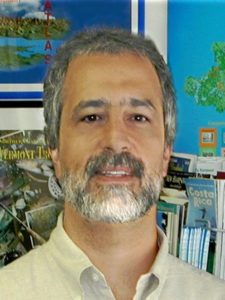 Over the past 25 years, Bob has owned and operated a small cartographic and publishing business. Through providing expertise in spatial technologies, analyses, and cartographic display, the business has helped support progressive natural resource management. The company is also a full service publishing and graphic design shop, specializing in contract publishing ranging from natural resource issues to Jungian psychology. It has produced several award winning publications, including Access America: An Atlas and Guide to the National Parks for Visitors With Disabilities, Where the Great River Rises, An Atlas of the Upper Connecticut River Watershed, and The Lake Champlain Basin Atlas. Its cartographic expertise has earned it international recognition with the ICA/ACI International Cartographic Exhibition Excellence in Cartography.

Bob holds a BS in Wildlife Biology from the University of Vermont, and a MS in Forestry from Oregon State University. His Master’s work at OSU was the first to quantify how cougars are impacted by human activities and other disturbances. He has a wide breadth of knowledge in natural resource issues, and has participated in private, state, and federal efforts. Since moving back to the Pacific Northwest, Bob’s personal goal is to help organizations such as the Kerolus Center and other like-minded entities leverage the full potential of technology by combining graphic design and publishing to successfully market new paradigms of thought and action. 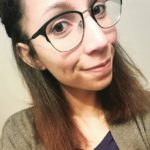 Ashley holds a bachelor’s degree in Sociology from Baldwin Wallace University and a Master of Science in Anthrozoology from Canisius College. In addition, she is a seasonally contracted company member with The Movement Project, a nonprofit dance company based in Cleveland, Ohio.

As a recent graduate, Ashley will continue to use her education and passion for Animal advocacy to deter the exploitation of human and nonhuman Animals. 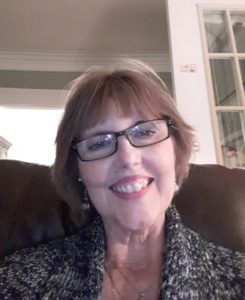 Lee Ann has spent all her life surrounded by nature, trees, lakes, rocks and other-beings. She has been involved in campaigning for Animal Rights, including Elephant liberation and self-determination, and the end of factory farms, circuses, zoos, and trophy hunting.

Being a voice for those in need has been Lee Ann’s central goal. “The dignity of non-humans is as important as our own.” Having spent 37 years supporting humans with intellectual and physical challenges, Lee Ann is now focusing on nonhuman rights and wellness. 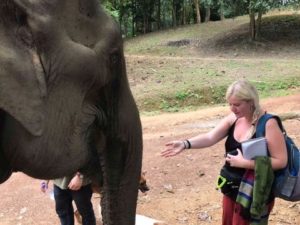 Lauren Bailey completed her bachelors degree in Animal Behavior at the University of Exeter, United Kingdom in 2018. Here, she describes her philosophy and path. “I was drawn to the Kerulos internship after becoming by disheartened by the academic scientific world that objectifies Animals and sees them purely from a behavioral viewpoint. During the internship, I learned to take the time to see beyond outer form and behavior and understand that all other Animals think and feel like us and are their own individual person.”

Lauren is now volunteering with our partner Boon Lott Elephant Sanctuary ( BLES) in Thailand learning about male Elephant healing and trauma recovery. She has also completed her Reiki Practitioner course and will be continuing to obtain Reiki Master certification while she will begin my Animal medical (veterinary) nurse. Her goal is to work in Sanctuary where she will teach and work with Animals in need by combining holistic and medical practices to healing. 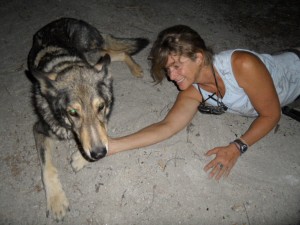 Robin Bjork is a conservation biologist with over thirty years experience in North and Latin America in avian ecology and conservation. She holds a doctorate in wildlife science and a master’s degree in coastal ecology. Robin began working with wild psittacines in 1994 when she directed development of the first radio tracking device to withstand the force of Macaw bills and used the device to track the movements of Great Green Macaws in Costa Rica. Her dissertation research identified the migration of Mealy Parrots across Guatemalan lowlands, the first detailed documentation of such a pattern in psittacines.

She continues conservation research with wild Parrots and Macaws and is currently directing a program to reintroduce Scarlet Macaws to El Salvador and protect endangered Yellow-naped Amazon Parrots. In addition to her work with Parrots she has documented spatial patterns of regional migrant tropical Birds with a goal of providing guidance to regional conservation planning. 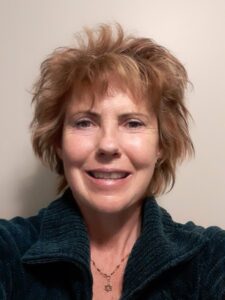 Tina is a clinical psychologist who grew up in rural Pennsylvania, with an older Rhodesian Ridgeback, as her nanny. Probably because she spent more waking hours with this Dog than with humans, not only did Tina love her, but her canine companion taught her to read her expressions, thoughts and feelings. Her doctorate dissertation on trans-species mood contagion was born when, years later, Tina realized she had “caught” her Doberman’s mood, the obvious dismayed and disgruntled facial expression of her Doberman who wanted to be outside playing instead of watching Tina clack away on a keyboard. This initial discovery led to the creation of  database of objectively validated photographs of emotional facial expressions in Dogs. This study of trans-species emotional interactions and her work to rehabilitate highly “aggressive” (traumatized) Dogs greatly deepened Tina’s ability to emotionally connect with members of her own species when performing her “day job,” as a psychologist in a high-security prison where she worked for nine years. The parallels between traumatized Dogs and traumatized humans prompted her to develop meaningful therapeutic approaches with prisoners such as attachment-based psychotherapy and accompaniment. As co-founder of The Animal Allies Project (TAAP) Tina continues to advocate assiduously for prison reform at The Kerulos Center for Nonviolence. 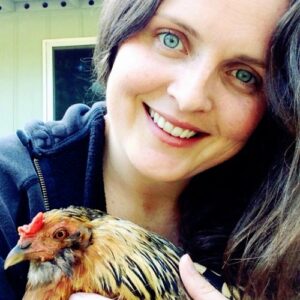 Elizabeth grew up exploring the forests of the Sierra Nevada foothills alongside her feathered and four-legged kin.  Spending much of her childhood outdoors, she became attuned with the rhythms of her surroundings, each season’s influence on full display at a nearby pond.  Sliding down its muddy banks, each spring she eagerly awaited the return of wild Geese and fluffy Goslings.  Summer brought Dragon Flies and Herons harpooning Fish.  In the fall, the Bullfrogs went quiet, and the winter brought a frozen stillness that became shorter as she grew taller.  Once tall enough to leave the nest, Elizabeth flew off to study Psychology and Environmental Studies, attempting to articulate the profound connection between Nature and Psyche that she’d felt all her life.  At the university, her professors espoused objectivity and experimental rigor; it was a bifurcation between observer and observed that felt antithetical to what she’d been taught by Nature through relationship, subjectivity, and mutual transformation.  Her philosophical approach to inquiry eventually led her to the fields of Depth Psychology and Ecopsychology, and in 2018 she earned a PhD, her doctoral dissertation focusing upon the relationship between Poultry, Parrots, and People.  As Director of Education for The Kerulos Center for Nonviolence, Elizabeth has found the perfect medium for sharing her love of Nature with others through the integration of ethics, art, and science. 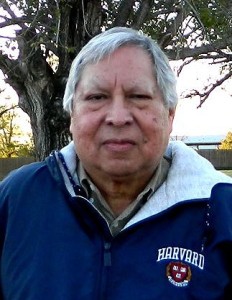 Joseph is a full-blood citizen of the Creek Nation and a member of the Muskogee Indian Community. For the past 26 years, he has worked in environmental sciences and conservation on tribal and federal lands with the tribes, the USDA Forest Service, Washington, DC, and Bureau of Indian Affairs. He was Senior Executive Fellow at the John F. Kennedy School of Government, Harvard University, and has worked with more than 200 tribes across the nation.

Joe consults with tribal governments and communities on Indian law and treaties and advocates for tribes to exercise treaty rights on federal lands, and implement traditional practices. He has also been involved in the evolution of several of the 26 tribal colleges throughout the country and has assisted many with establishing traditional ecological knowledge programs. 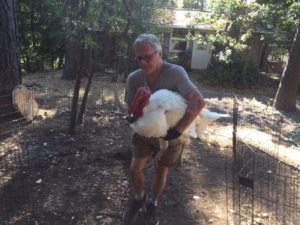 Jeff is a licensed professional counselor with a background in research, teaching, training, policy analysis, and organizational development. Over the past 35 years, he has worked in academia, government, and the private sector on issues of social, ecological, and psychological significance. His interests include the use of ecotherapy to improve psychological well-being and to foster a mindfulness approach to caring for Animals and the land.

As an employee assistance professional, Jeff provided consultations, group trainings, and coaching, and is certified in mediation and conflict management. In all his work, Jeff draws from his background in research, teaching, training, policy analysis, and organizational development to facilitate lasting change.

Jeff’s education includes a PhD in ecology from Oregon State University, a master’s degree in counseling from Capella University, and a master’s degree from Yale University. He also has taught traditional martial arts for most of his life, holding the rank of nidan in Shotokan karate-dō. Jeff has a private practice where he works with individuals, couples, families, and groups, and provides training and interventions for organizations. 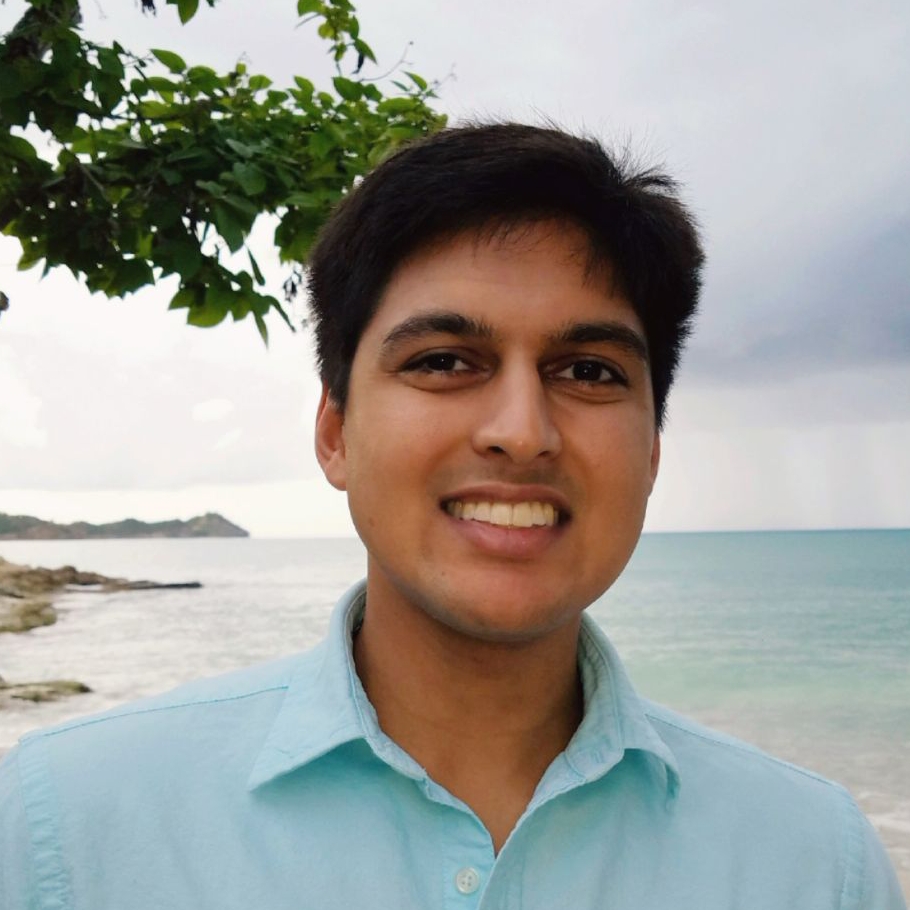 Lokesh has a BSc. degree in microbiology from the Honors College, University of South Florida. Beginning as a Kerulos intern in high school, Lokesh completed his practicum with research on the psychological role of human-Elephant relationships which was presented at the 2012 International Society of Anthrozoology Conference, Cambridge University, UK. A near lifetime passion for elephants and their well-being has brought him to conduct cross-cultural/cross-species studies with the understanding that human society can benefit from understanding elephant ethics and values. His interest focuses on the effects of elephant-human relationships as they pertain to captive elephant mental and emotional health. Currently, Lokesh is pursuing a doctoral degree in clinical anatomy, with a focusing on neuro-biology and comparative vertebrate anatomy. He has won multiple awards for his. “Wildlife is a beautiful and they make our world rich.” Lokesh strives to share his passions for Elephants and other wildlife to empower others to save our Animal kin.